July 13, 2015
I feel incredibly lucky to have a job which is also my passion, and that I can deliver a product that is unique and handmade 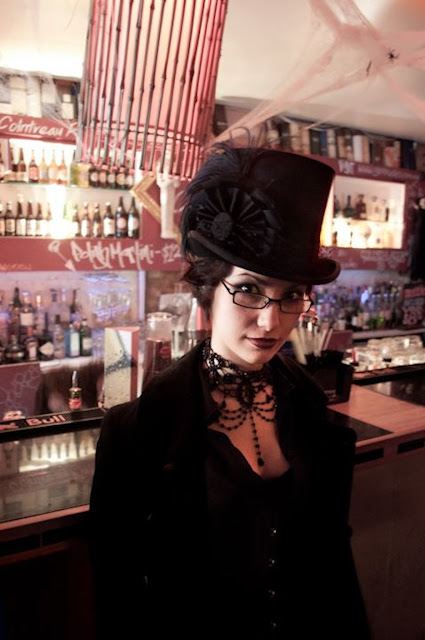 It's such a great feeling when you watch something come to life right in front of your eyes. It's an even better feeling when you know that it's all done by hand, using methods that date back to the last century. I've always been interested in finding modern artisans using old world techniques and thought that this would be something that my readers were probably interested in discovering too. The first person on my list to talk to was Tess Ebinger, a milliner who works from both home and out of City Hatter's here in Melbourne's CBD.

Tess was brought up in a family of sewers and was taught how to sew, embroider and knit from a young age. Her mother was a dancer and young Tess followed suit and started dancing too. She began making her own costumes, adding design and pattern making to an already impressive resume. Tess went to University to study science and engineering, keeping up her dance and sewing as weekend hobbies. She soon realised that her passion was in the creation of objects.

Soon after graduation, an opportunity came up to join the team at City Hatters, "I'd never worked with hats before," she says, but she managed to muddle through and learnt a lot within her first few years on the job. The skills and knowledge gained whilst at City Hatters spear-headed Tess into enrolling in a millinery class and after nearly 7 years, she has launched her own business, producing amazing custom designs for race goers, weddings and personal commissions.

It was while catching up with Tess at a recent event that I decided to commission a custom hat, asking Tess to record the steps and processes for you guys.

Below is the first day of starting my custom hat: 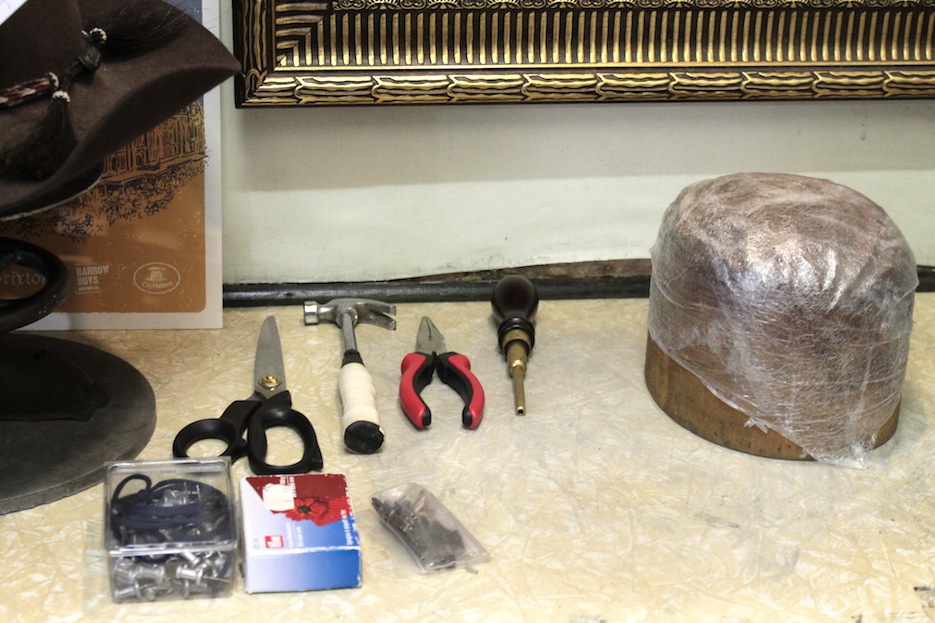 A Milliner's Tools and the form selected after measuring the circumference of my head. 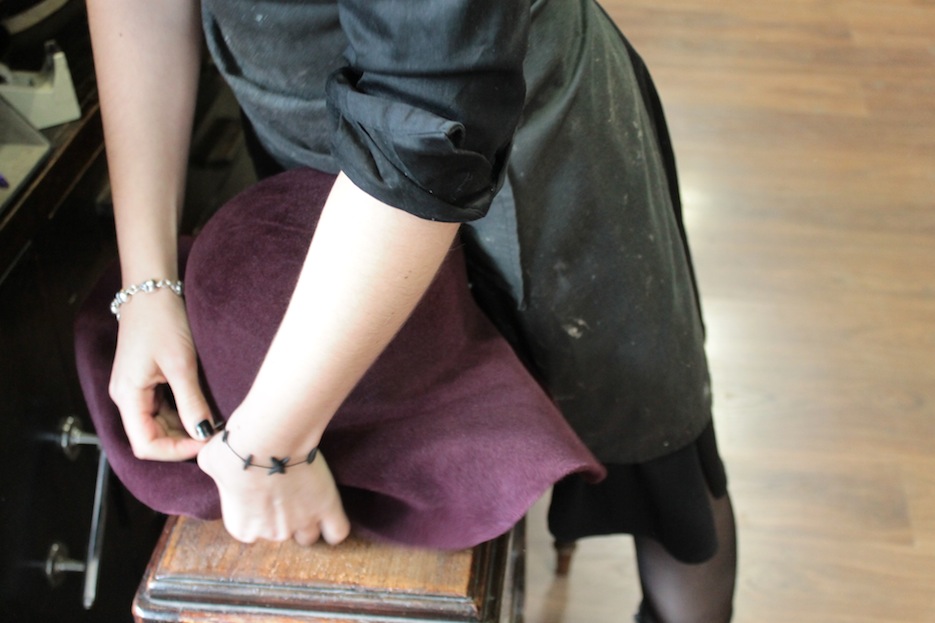 The first step is stretching the fur felt over the size form. 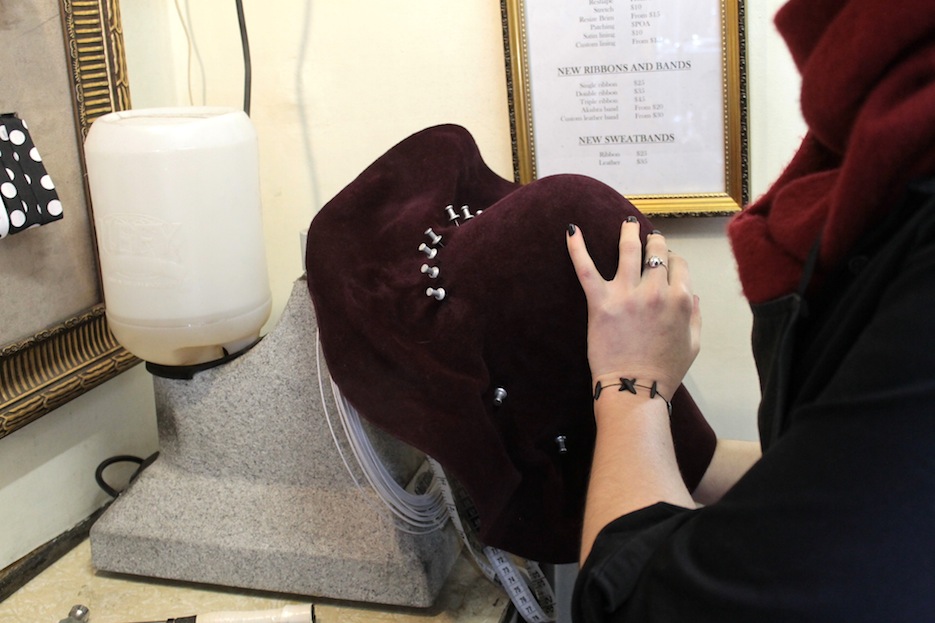 This is achieved by using steam to make the felt pliable and easy to stretch. Each area stretch is then pinned into place by special metal tacks. 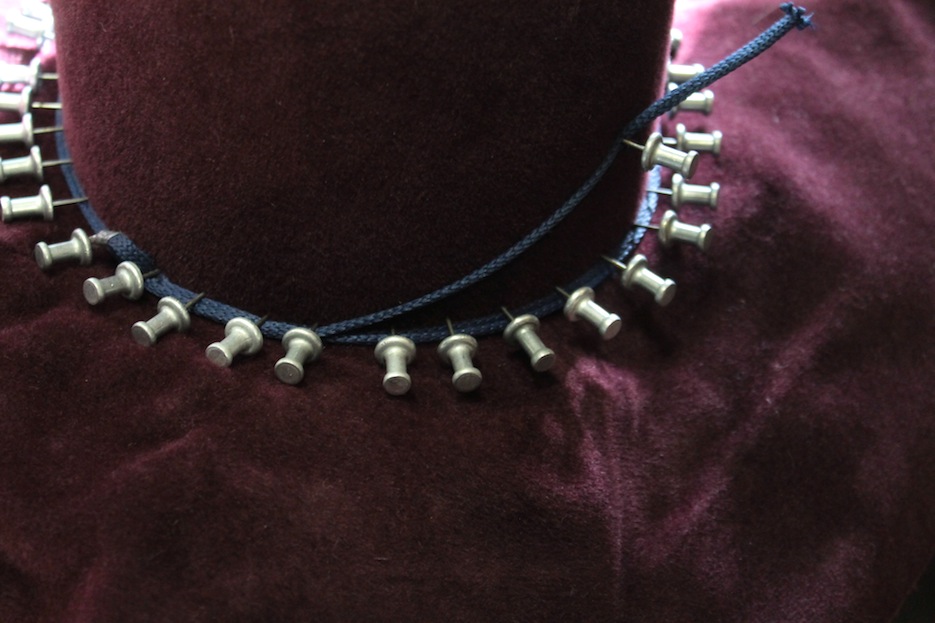 After evenly stretching the felt around the entire form a cord is wrapped tightly under the tacks to hold it in place. 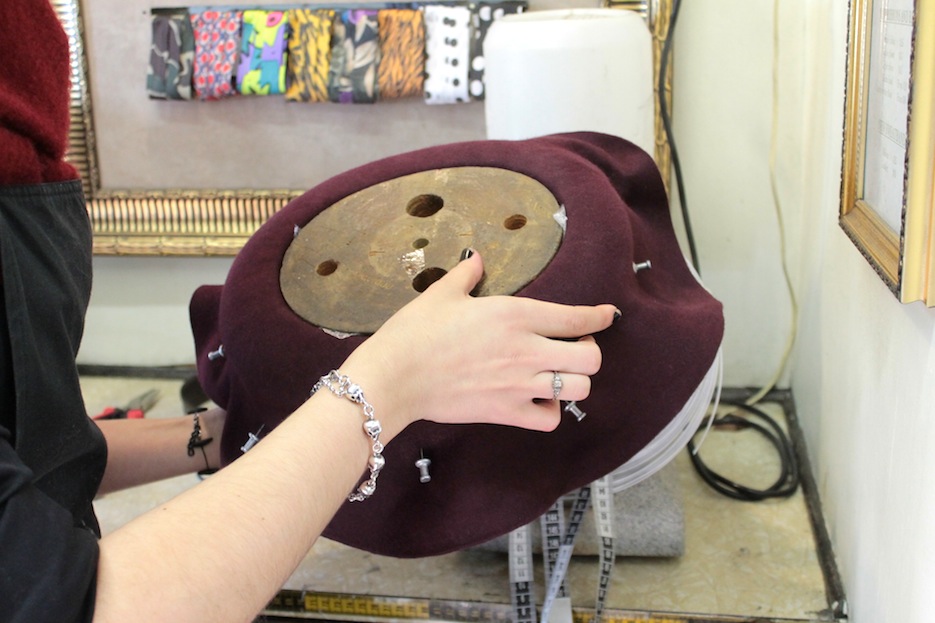 An outer form is then pushed into place with steam, forming the shell of the hat. 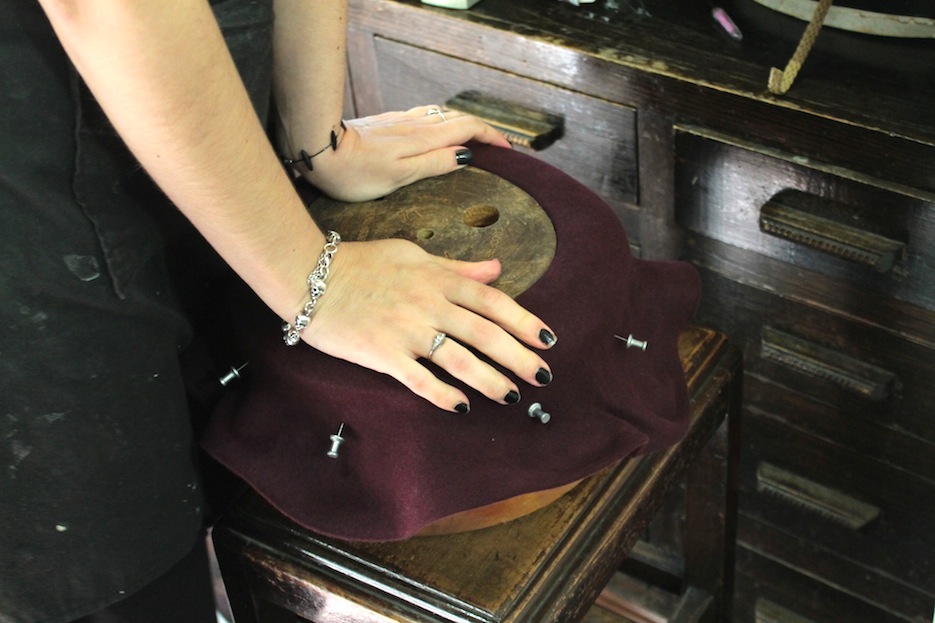 Then using steam the brim is stretched over the outer form and pinned into place. 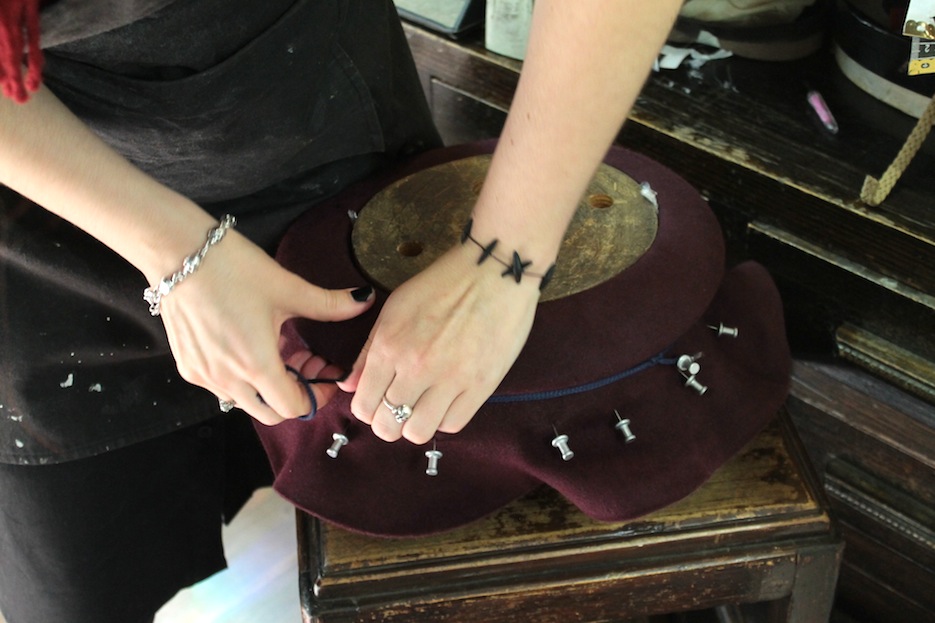 After the brim has been evenly stretch and secured another cord is wrapped tightly around the form. 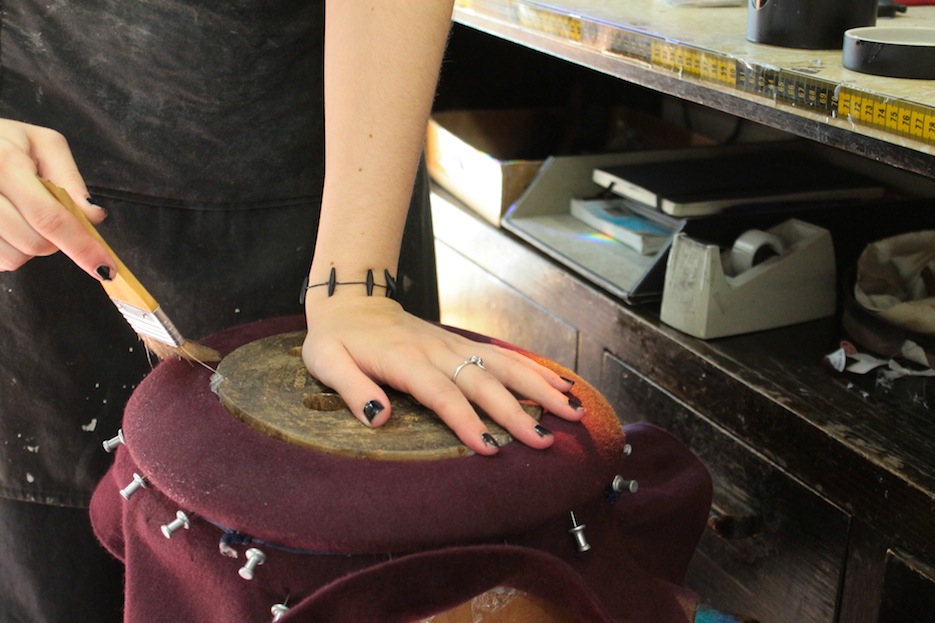 The final process of the day is applying a stiffening glue around the brim, which will hold the shape and create a solid base. The hat form is then left overnight as the glue dries.
Be sure to keep an eye out for the part 2....