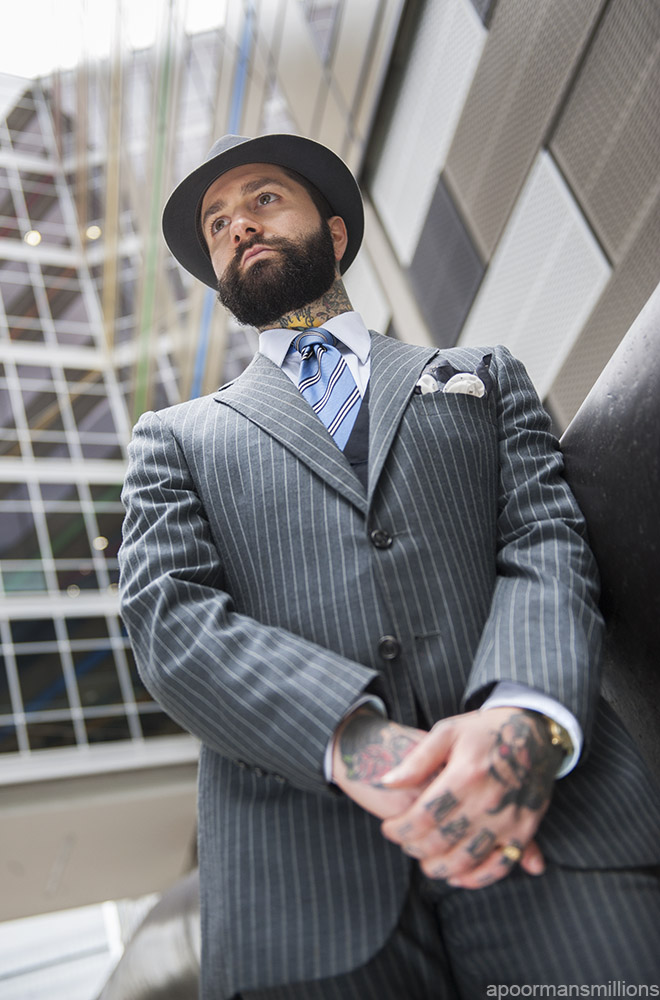 I'm not 100% sure exactly when they started but at one stage, Del Monti was one of the BIG name brands in tailored suits Melbourne, Australia. Not too long ago I was lucky enough to get given an original Del Monti Suit by my Step-Father. Although the 6" notch lapels and big bell bottom trousers weren't my taste, I'm lucky enough to know tailors who were able to modernise the drape and fit if the suit - "cut the wings, chop the chassis and remove the bells". The lapel width was halved by hand and the legs tapered from the knee down to a 7" hem. The end result in these pictures speaks for itself; a classic charcoal pinstripe suit brought up to date that will stand the test of time for years to come.

It's definitely one of my favourites for autumn/winter seasons. I should also note that my Step-Father didn't even recognise his own suit, asking "That's a great suit, where did you get that from?"

When something is as beautifully tailored as this made-in-Melbourne two piece, it would be a shame to let it moulder away in the back of a wardrobe as a reminder of the past, especially when companies such as Del Monti aren't around anymore. 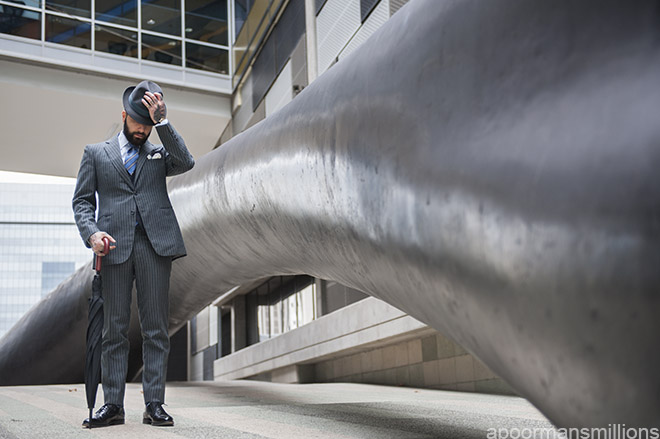 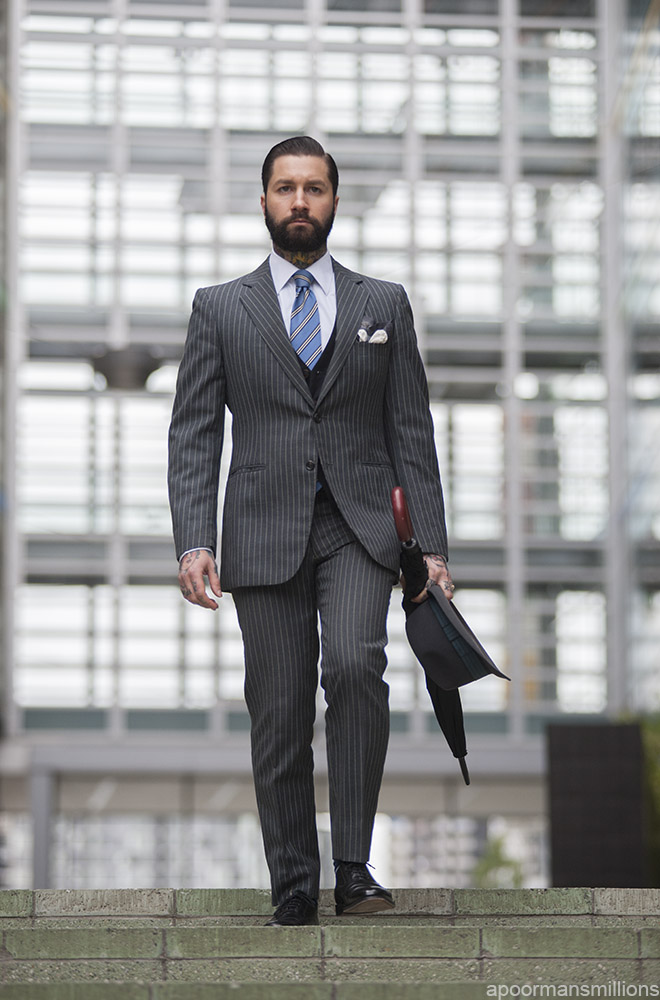 Fulton "Huntsman" Umbrella, I needed this like Mary Poppins needed hers to cushion the landing. For those who aren't familiar with the Docklands in Melbourne, it's right on the harbour and a mini Tornado Alley. I needed a tough but flexible umbrella to stand its ground and the Huntsman with a double braced skeleton seems almost indestructible. The pity is it took about a dozen cheap umbrellas to imprint a need for a better one in my mind. 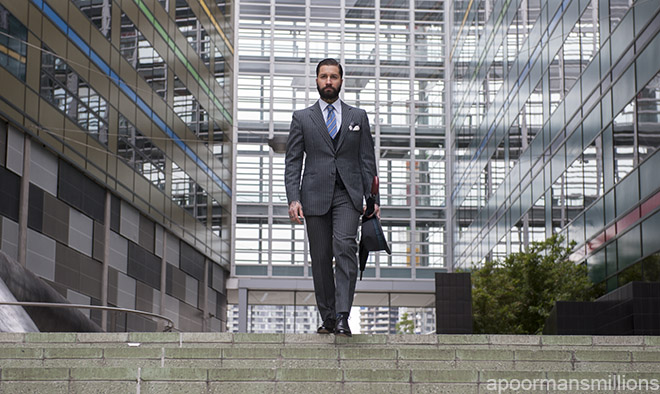 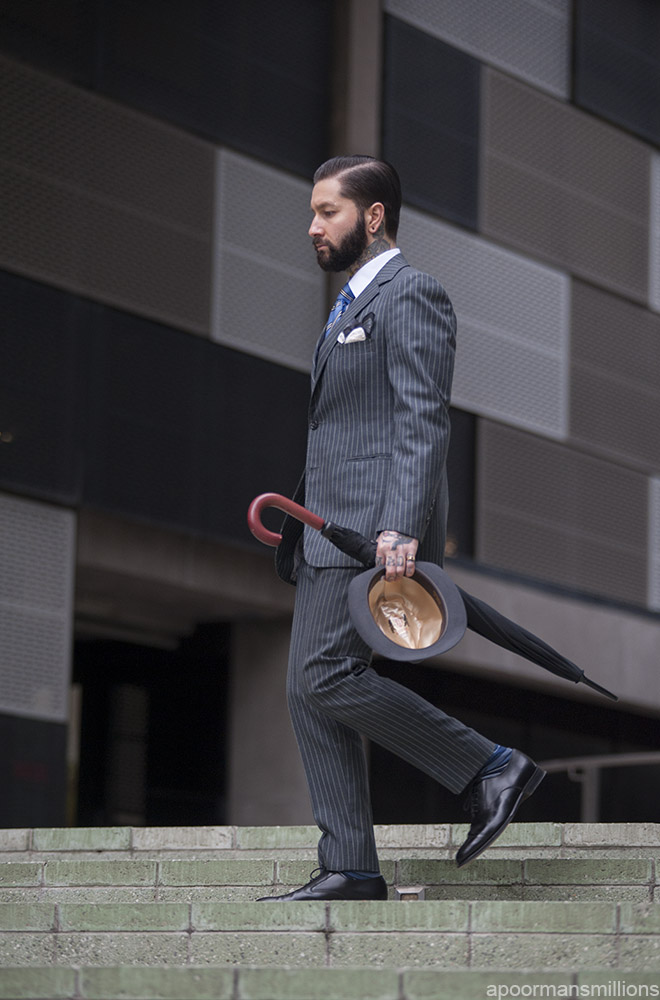